Sound the Great Shofar of Our Freedom

Here in Jerusalem the days are getting shorter.  The children are back at school.  The summer sun has lost its ferocious heat and the evenings are cooler now with a soothing breeze.   We are approaching autumn (fall) - what the English poet John Keats called “the season of mists and mellow fruitfulness”- and with autumn come “the chagim” – a succession of Jewish festivals that include Rosh Hashanah, Yom Kippur, Succot and Shemini Atzeret/Simchat Torah.


Go to the synagogues or to the Kotel (the Western Wall) around midnight or early in the morning and you will hear selichot being recited, or sung if you choose a Sephardi minyan.  Ashkenazi Jews start reciting selichot on the Saturday night before Rosh Hashanah.  Sephardim begin a whole month before.  These are prayers of repentance, asking for forgiveness and mercy as we approach the annual day of judgement.

The clarion call to repentance is the sound of the shofar, a ram’s horn.   It is blown every day during the month before Rosh Hashanah, on Rosh Hashanah itself and at the end of the Yom Kippur fast.  As well as calling the people to repentance the shofar echoes events in Jewish history and heralds our hopes for the future.  Hearing its piercing notes recalls for us the binding of Isaac, the giving of the Torah and the destruction of the Temple and speaks of the coming of the Messiah, the ingathering of the exiles and the resurrection of the dead at the end of days.

Rabbi Moshe Tzvi Segal was a Chabad-Lubavitch Hassid.   Born in the Ukraine in 1904 he and his family made Aliyah in 1920.  He was one of the first members of the Beitar youth movement in Eretz Israel.  He served in the Haganah defending Tel Aviv during the Arab riots of 1929, became a member of the Irgun high command and later joined Etzel (popularly known as the Stern Gang).   He was the first to defy the British prohibition on blowing the shofar at the Kotel.

In 1930, in response to the 1929 riots the British Mandatory authorities decreed that, although Jews may be allowed to pray at the Kotel, they may not pray loudly or read from a scroll of the Torah or blow a shofar there for fear of upsetting the local Muslim population.  They placed policemen there to enforce the decree.  That year, as the Yom Kippur prayers came to an end at the Kotel, the young Moshe Segal turned to a rabbi and asked for a shofar.  The rabbi indicated that there was one in a nearby stand.  Segal found the shofar and shrouded himself in a borrowed tallit to conceal it.  As the closing prayer finished he blew a resounding blast.  He was immediately arrested by British police and imprisoned in the Kishle near the Jaffa Gate.  He was given no food or water.  On hearing of Moshe Segal’s arrest, Rav Kook, the Chief Rabbi, had immediately contacted the High Commissioner’s office and refused to break his own fast until Segal was released.  He was released at midnight without a word.

In 1967 following the Six Day War Rabbi Moshe Segal left Kfar Chabad where he lived and became the first Jew to return to live in the Old City.  He led the first minyan in the only synagogue found intact there - Tzemach Tzedek, a Chabad synagogue that sits above the Cardo.  At the end of the war he heard a young soldier blow shofar at the Kotel.  “What do you know about blowing shofar?” he asked.  “I was the last to blow in 1947” said the soldier.  “And I was the first in 1930” replied Rabbi Segal and embraced the young soldier.  Rabbi Moshe Tzvi Segal died on Yom Kippur 1984 and was buried on the Mount of Olives.


For 17 years from 1930 until the Old City of Jerusalem fell into Jordanian hands in May 1948 a different young man risked arrest and imprisonment each year by blowing a shofar at the Kotel at the end of the Yom Kippur prayers.  In the summer of 2010 six of the seventeen men who had defied the British decree were still alive.  They gathered for a reunion at the Kotel and told their story in a video film made by Toldot Israel.  Rabbie Moshe Tzvi Segal and each of those who followed him can truly be said to have fulfilled what we say in the Amidah prayer every weekday:

A wonderful and moving story of youth dedicated to preserving and renewing our ancient traditions.
As far as I know the last shofar at the kotel was smuggled in by a young girl, who hid it under her skirt. Some say, that the custom of singing Hatikva at the end of the Neilah originated by those youths shown in the video clip and their friends. 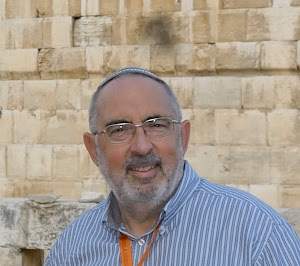